Hormonal and all kinds of changes experienced by women during pregnancy have a significant impact on oral health. Here we explain how pregnancy influences oral health.

A) Why is it important to have good oral health during pregnancy?

These hormonal changes can favor the development of some diseases of the mouth. Maintaining good oral health will not only help the mother's well-being, but also prevent the transmission of these diseases to the newborn. Keep in mind that the bacteria present in various illnesses such as tooth decay or periodontal disease can be transmitted to the baby. 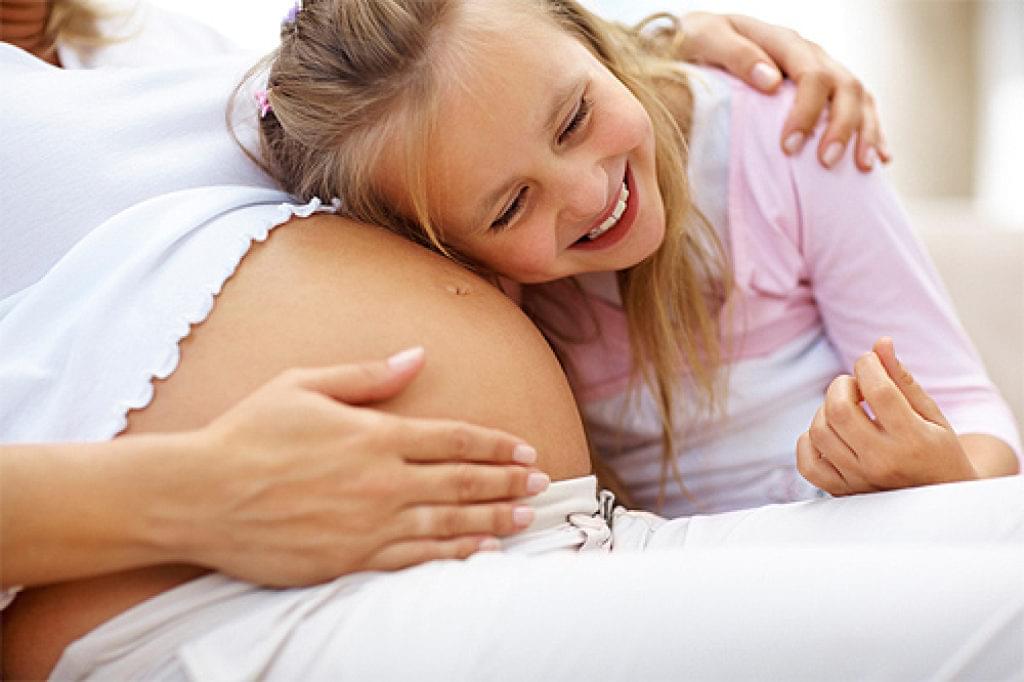 B) Mouth diseases and other common problems during pregnancy

During pregnancy it is common to develop some common oral problems such as nausea, cavities, gingivitis or dry mouth.

B1) Nausea and vomiting: a very common problem

It is estimated that 8 out of 10 women experience nausea and vomiting during pregnancy, generally limited to the first trimester. Apart from the discomfort it entails, gastric acid can erode teeth, favoring the appearance of cavities and increasing dental sensitivity. To minimize it, it is recommended not to brush your teeth just after vomiting, but to rinse them first with water and wait about 30 minutes until brushing. Some pregnant women may feel nauseated during brushing, in which case it is advisable to use smaller brushes and use very little toothpaste. 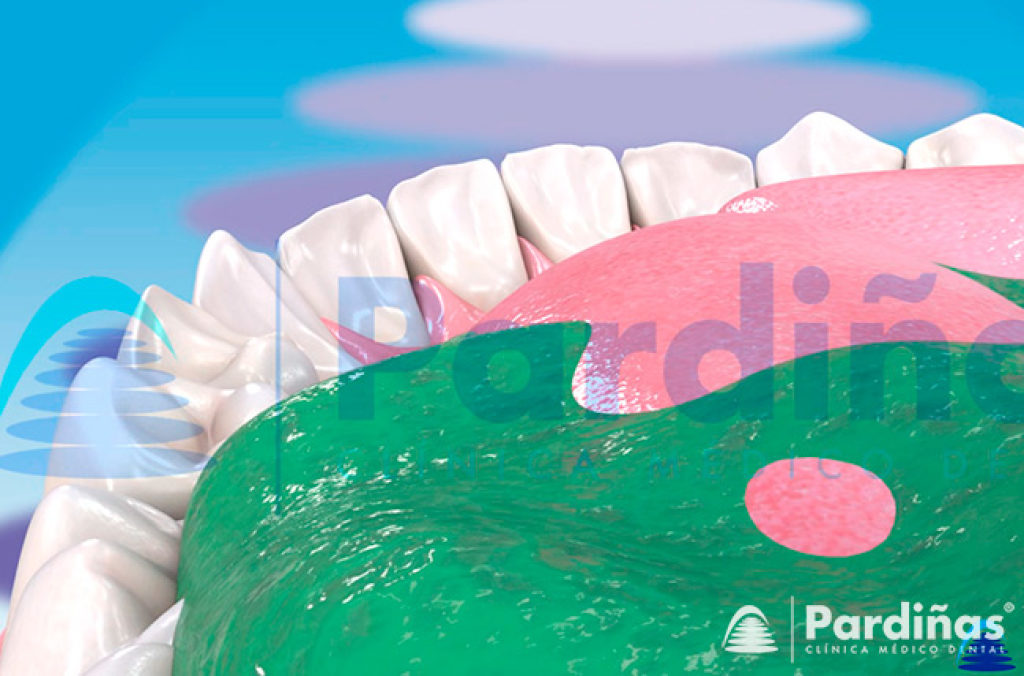 B2) Tooth decay and pregnancy

There is a popular belief that becoming pregnant can cause the loss of a tooth, especially due to the chances of developing cavities during pregnancy and lactation. And while tooth decay is a common problem, a major complication can be avoided. The gastric acids typical of nausea, dry mouth, changes in the composition of saliva, disorder in the diet and/or a possible decrease in good oral health habits can favor its development. To control it, it is recommended to take extreme dental hygiene and use fluoride products, go to the dentist at least once during this period and maintain a diet free of cariogenic foods. The use of dental sealants on the occlusal surfaces of molars is also advised in women who are particularly prone to caries development. It must be remembered that dental caries is not only harmful to the mother, but that the bacteria present in them can also be transmitted to the new member of the family.

B3) Swollen and bleeding gums during pregnancy: gestational gingivitis

Gingivitis is another common condition that affects almost half of pregnant women. If it occurs, it usually appears after the third month and disappears after delivery. Although its main cause is the accumulation of bacterial plaque on the tooth surface, the hormonal and vascular changes of the gestational stage encourage the inflammatory response, which can lead to inflamed and bleeding gums. Dental cleanings performed at the dentist is one of the best ways to control its development and avoid major complications. 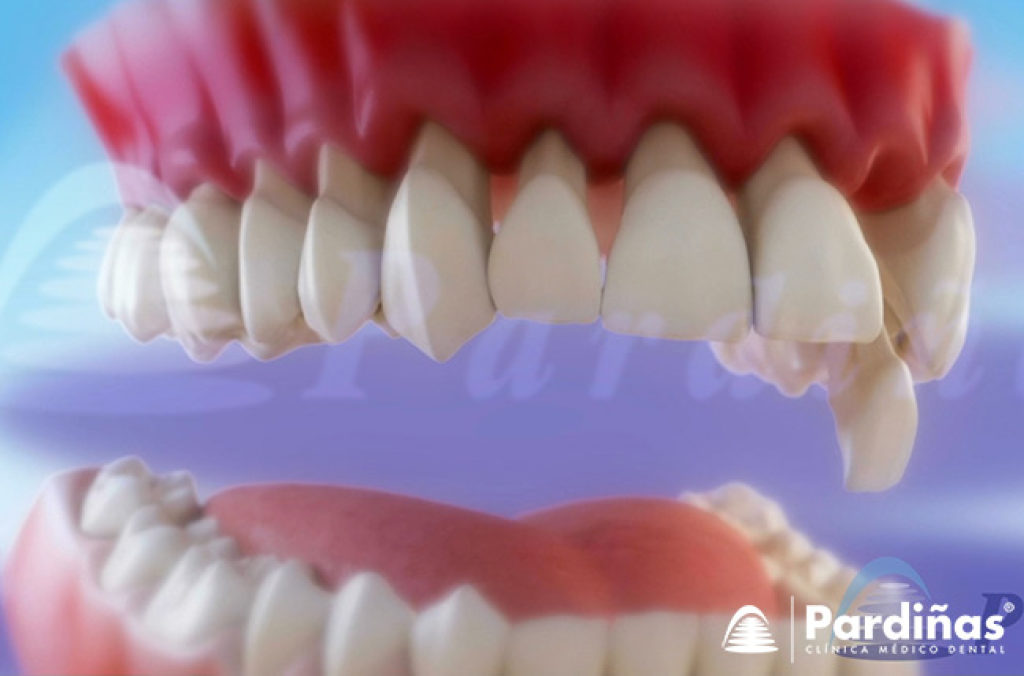 Several studies indicate that the destruction of periodontal tissues (gums, periodontal ligament and bone) could increase during pregnancy, in addition to being a risk factor for preeclampsia. This may be due to a combination of microbiological and hormonal changes, decreased oral hygiene, etc. Periodic check-ups at the dentist are even more important in patients with this type of pathology, who may even require professional dental cleaning or scaling and root planing. 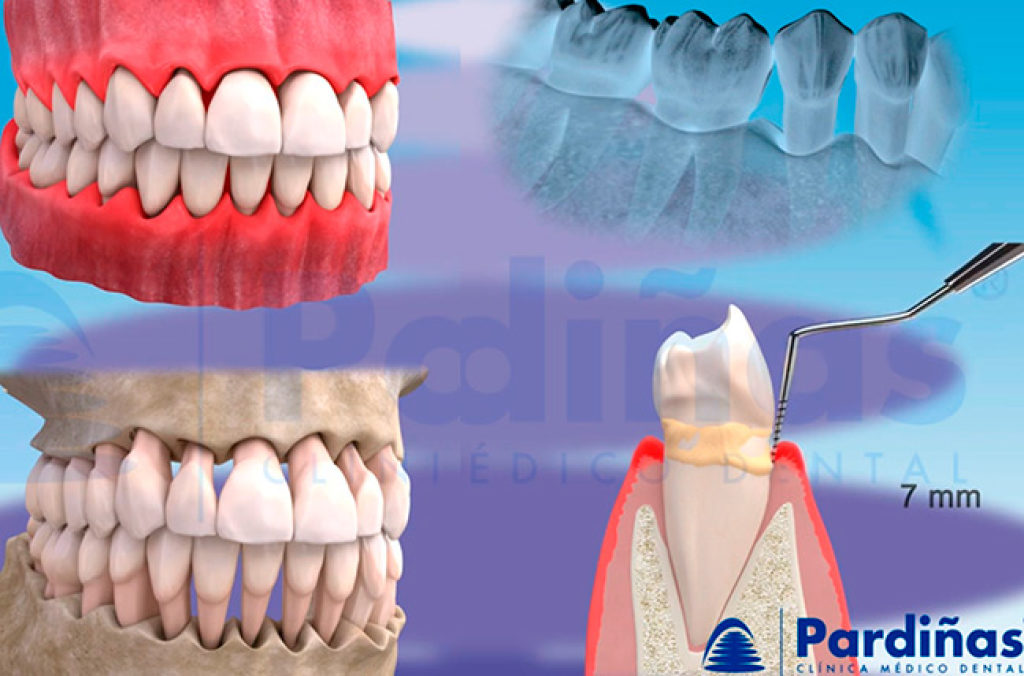 Granuloma gravidarum, also known as "pregnancy tumor" or "pregnancy granuloma" occurs in about 0.2-10% of pregnant women. It is a localized excessive growth in the gums that may be due to an inflammatory response of the body itself against oral microorganisms. It usually goes away after pregnancy. 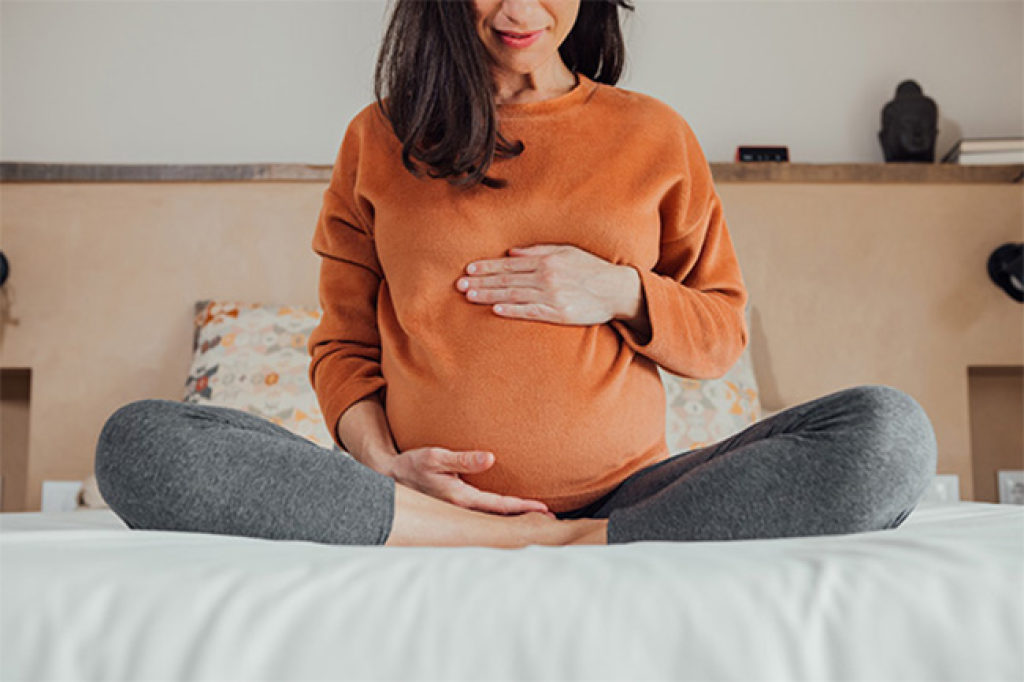 Another discomfort that can come in these nine months is that of xerostomia. This dry mouth may be related to the aforementioned hormonal changes, although it also comes from certain types of medication. To combat xerostomia, it is always recommended to increase your water intake or consume sugar-free gum and candies, although in some cases it may be necessary to use certain types of rinses.

B6) Bad breath during pregnancy

It is also not uncommon for mothers-to-be to suffer from bad breath. The mixture between the possible dry mouth, gingivitis, vomiting and other problems already mentioned can cause a certain halitosis, although this is solvable by always treating the reason. 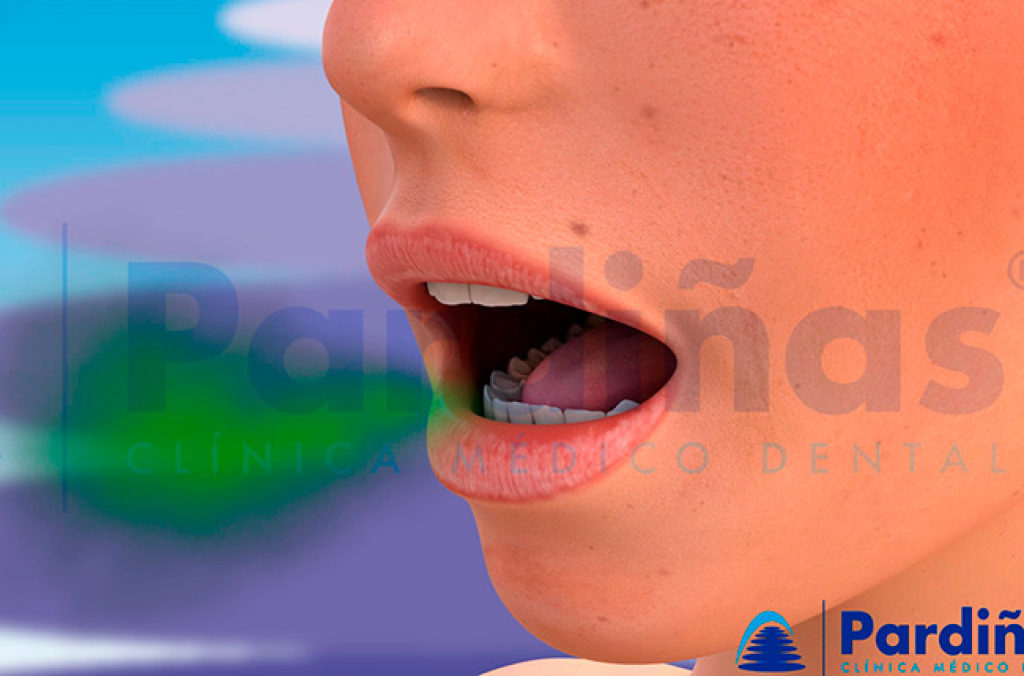 Although it is not such a common problem, some pregnant women suffer from canker sores or thrush during this period and while breastfeeding. Stress, hormonal changes, vitamin imbalances and the drop in defenses typical of this period can trigger the appearance of these annoying ulcers. In general, the treatment of canker sores is usually symptomatic, applying protective gels, rinses with chlorhexidine or topical anesthetics, and most of them disappear on their own after a few days. 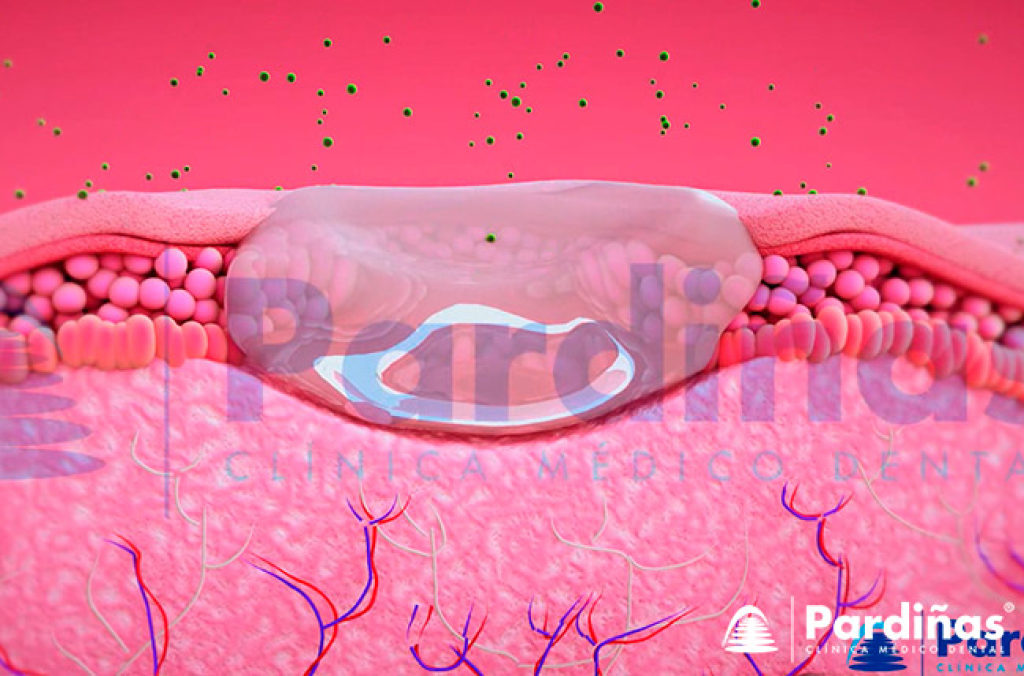 C) What treatments can be done during pregnancy?

Professional dental cleanings, cavity treatments, and tooth extractions can all be done safely during pregnancy. Likewise, most of the drugs required for the treatment of the problems described so far, including anti-inflammatories, antibiotics and common local anesthetics can continue to be used. Even so, it is always important to assess the risk-benefit for the mother and the baby.

C1) Taking medications in pregnant women: which ones are safe?

It is important to keep in mind that some medications only affect specific phases. Among the most commonly used medications are antibiotics (amoxicillin, azithromycin, clindamycin, erythromycin, penicillin) and analgesics and anti-inflammatories (paracetamol, metazimol). As for antiseptic rinses, it is possible to use chlorhexidine, cetylpyridinium chloride and xylitol and avoid those that contain alcohol. 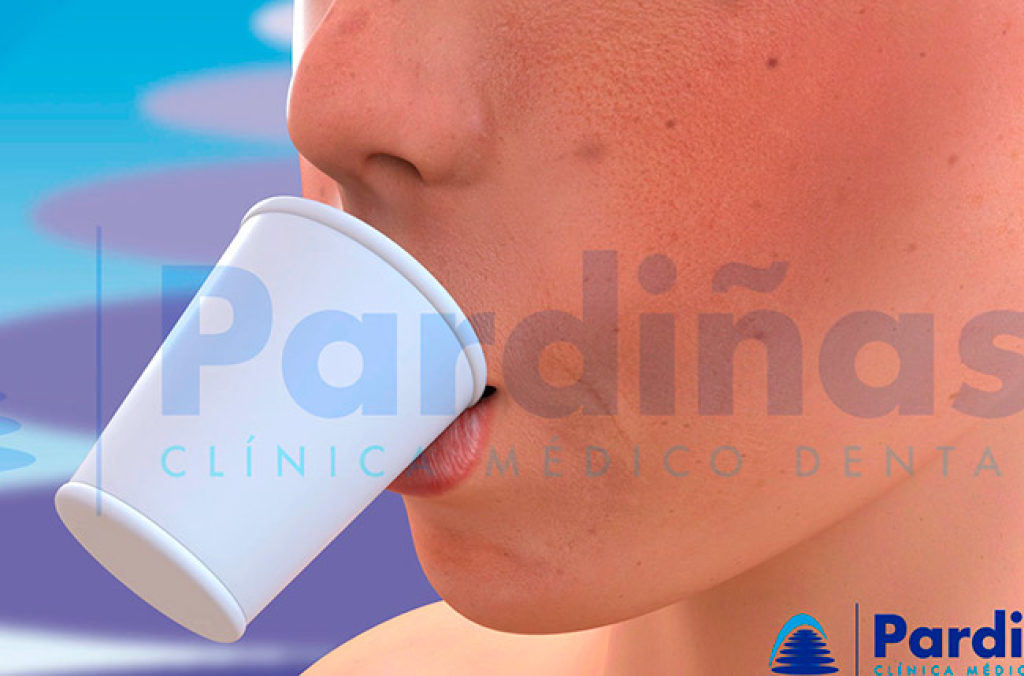 C1a) What medications should be avoided during pregnancy?

Although this may vary depending on the stage, the following should be avoided during the first trimester: ibuprofen, ketoprofen, diclofenac, piroxicam, aspirin, naproxen and corticosteroids; tramadol and codeine should only be used if the potential benefit justifies the potential risk to the fetus. The use of povidone-iodine (Betadine) is also contraindicated, since the absorbed iodine can cross the placental barrier. In addition to this, there are some dental procedures with which precautions should be taken: 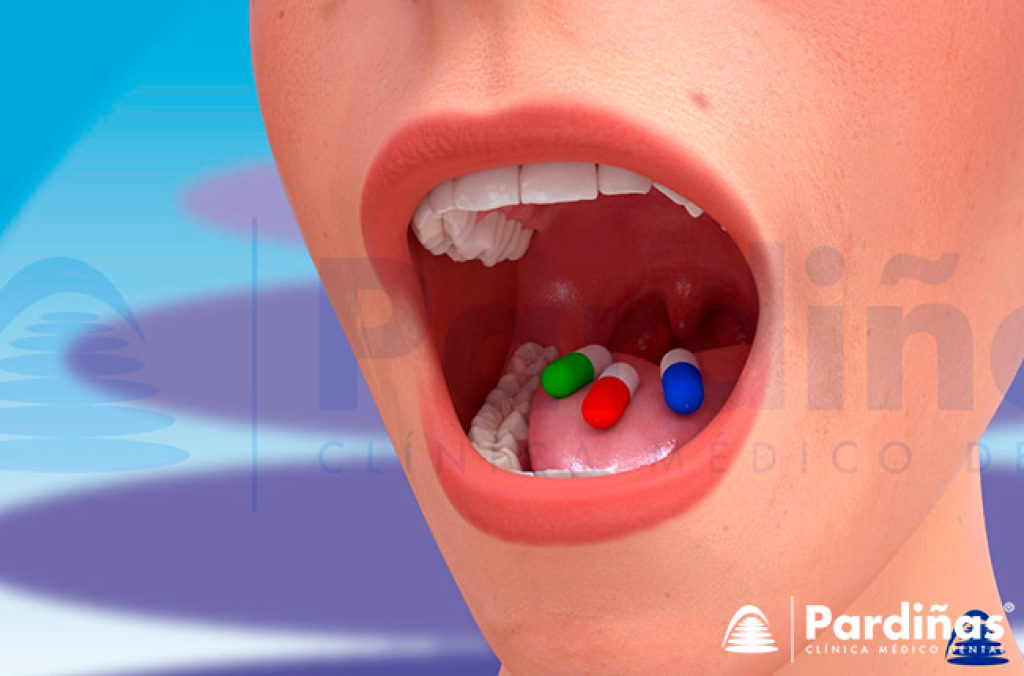 C2) Use of local anesthetics in pregnant women

The use of local anesthesia will need to be weighed against the risk/benefit, but can generally be used safely during pregnancy: for example to treat a phlegmon, extract a tooth or perform a root canal. The ideal is to perform them during the second trimester of pregnancy, but, if they are not urgent, they can be postponed until after delivery. Nitrous oxide as a conscious sedation agent can be used in pregnant women for short-term emergency treatment.

C3) Dental X-rays in pregnant women: are they recommended?

Certain dental interventions require an X-ray. Routine check-ups should be avoided during pregnancy, but if there is a dental emergency, it is perfectly safe to perform them. The radiation is minimal and the professional will protect the abdomen and neck of the pregnant woman with an apron and a lead collar. 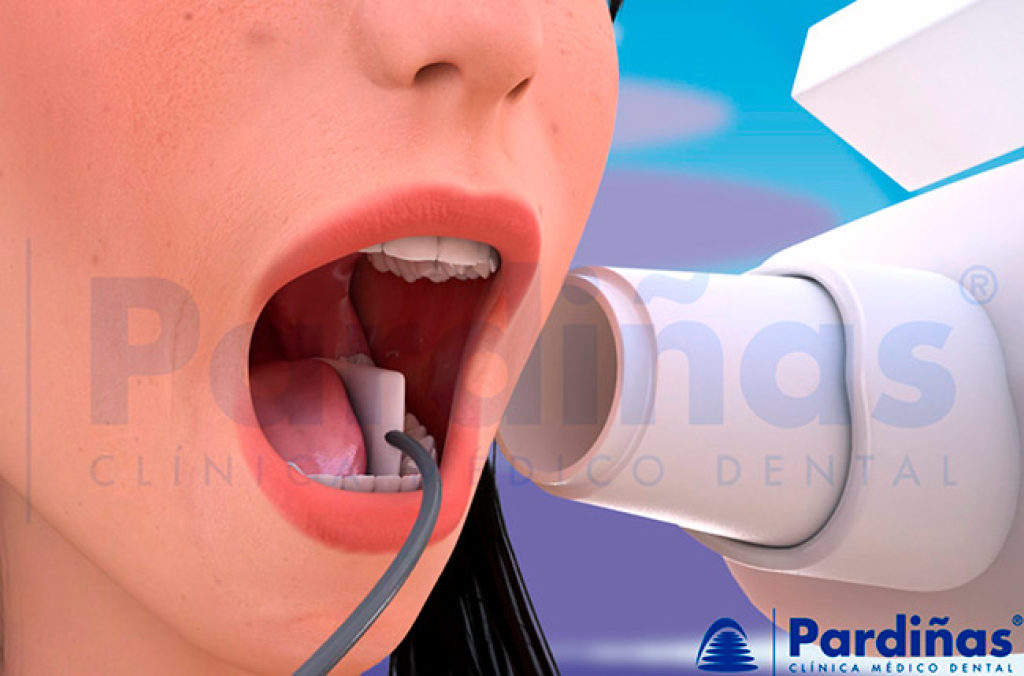 It is advisable to avoid performing dental whitening during the gestation stage if the patient has any restoration made with amalgam. And it is that the bleaching agents that contain hydrogen peroxide favor the release of mercury from these fillings. 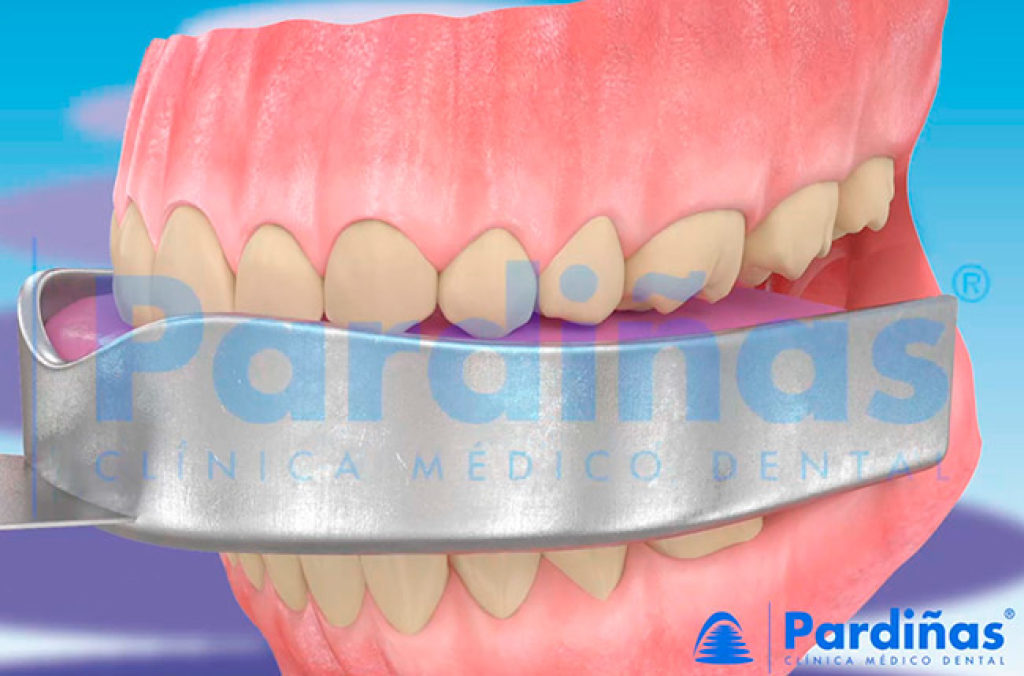 D1) How to keep your mouth healthy during pregnancy

Here are some tips to maintain good oral health during pregnancy:

Although oral hygiene is essential at any stage of life, it should be maximized during pregnancy and lactation. During these months it is even more advisable to brush your teeth after each meal with the correct technique, use a fluoride toothpaste when indicated and floss daily. If you frequently experience nausea, you can use a smaller brush and use very little toothpaste.

A good diet can help the oral well-being of pregnant women. For this, it is recommended to eat a healthy and balanced diet with nutritious foods that contain calcium, proteins and vitamins A, C and D. On the other hand, it is advisable to limit the consumption of sugary foods and carbonated drinks, and eat fresh fruit instead of industrial juices. Lastly, chewing sugar-free gum with xylitol helps to generate saliva and, with it, to protect the mouth. 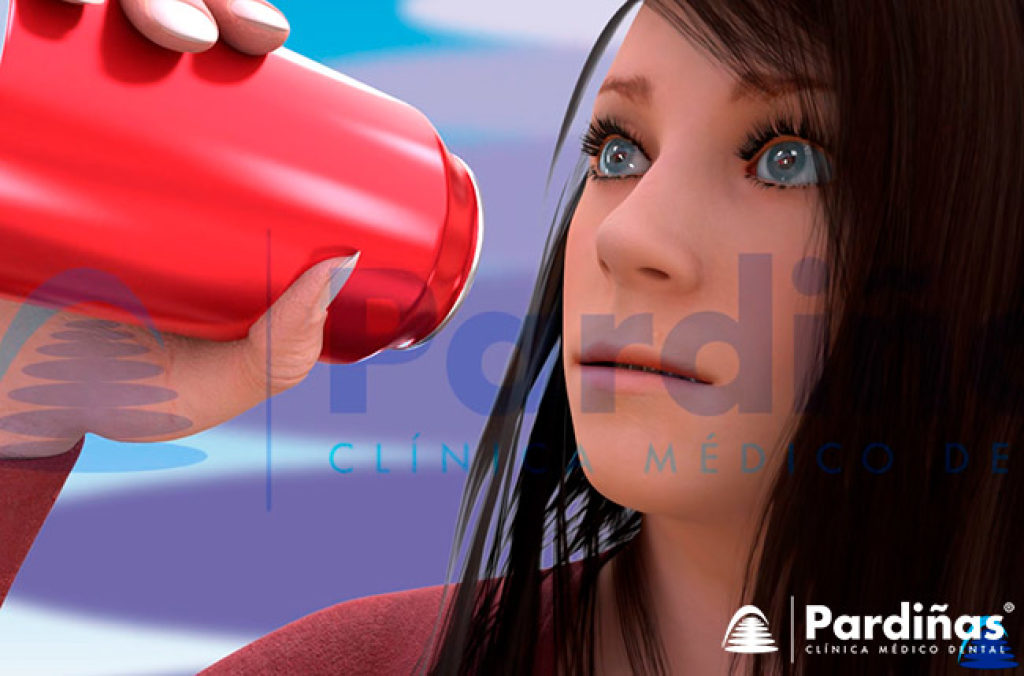 D4) When to go to the dentist if you are pregnant

Although the schedule during pregnancy is usually tight, it is important to visit the dentist at least once during this period. Although you can go at any time, the ideal is to do it during the second trimester, since at this stage the formation of the fetus's organs has already finished. The dentist will check you to see if you have any oral health problems, will treat you if this is the case and will give you the appropriate advice to keep your mouth in good condition. The prevention and treatment of caries and periodontal disease is common in the gestational stage.

During pregnancy it is very important to maintain good dental health. Here we offer a few tips

Toothache - Causes and how to get rid of it

Toothache is a common problem. In this article we explain the possible causes of toothache and how to get rid of it.

When do baby teeth come in? How are they cleaned? When do the permanent teeth grow? Here we answer the most common questions about baby and kids teeth.