The numbers of the largest YouTube dental channel in the world

Clínica Pardiñas is the largest dental channel in the world on YouTube. These are the numbers of our dentistry channel on this platform.

With more than 180 million views, our YouTube dentistry channel is already the most viewed in the world in this field. The Pardiñas Medical Dental Clinic channel seeks to bring dentistry closer to patients, offering more than 75 animated videos about dental treatments and diseases in 13 different languages: Spanish, English, Portuguese, French, German, Italian, Russian, Chinese, Arabic, Japanese, Hindi, Hebrew and Galician. Precisely Galician is one of the priorities of our dental clinic, by promoting our roots and the language of our land. We are also the only dental clinic that has a website in Galician.

In addition to the 180 million views, other numbers that allow us to understand the magnitude of the channel is that we have about 350,000 daily viewers from anywhere in the world and more than 500,000 subscribers that the channel currently accumulates. This number of subscribers has made us receive the YouTube silver button, an award that has also allowed us to use the company´s recording studios in our recent trip to New York.

The YouTube recognition is not the only award we have received for this audiovisual project. In We won the Digital Health Awards gold medal, an award that recognizes the best digital media in the field of health. We were also finalists of Youtubeiros 2019, an award that seeks to support the creation of videos in Galician language. 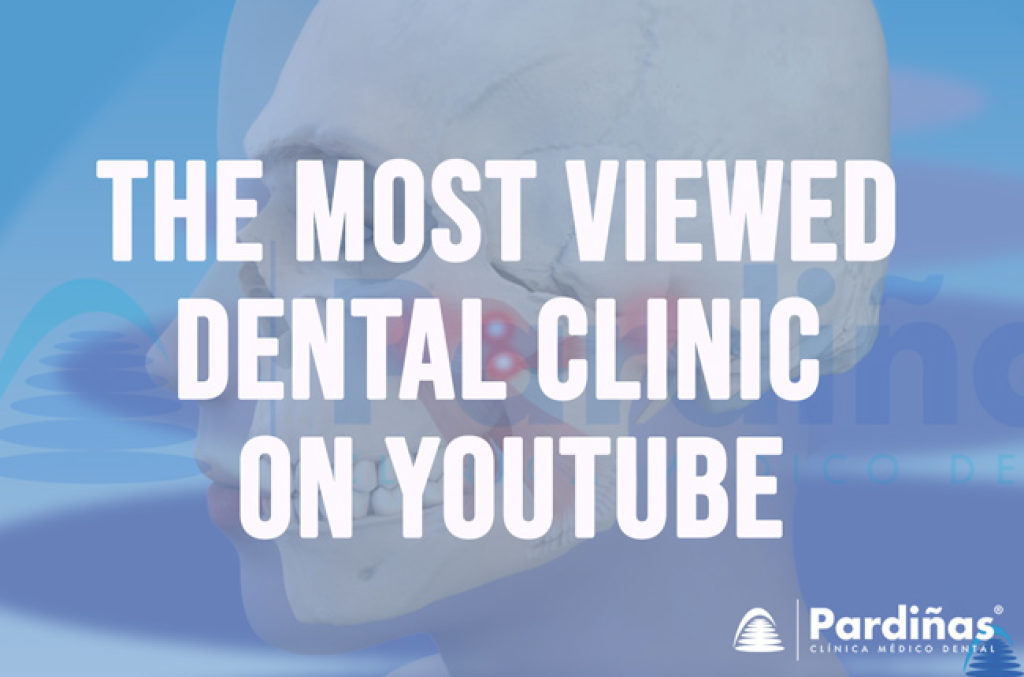 4) Dentalk, the latest project from Clínica Pardiñas on YouTube

As a complement to our 3D dentistry videos we have developed a new related project: Dentalk. Under this brand we are producing a series of chapters in which we will answer the most frequent questions about oral health. All these videos will be available in Spanish, Galician and English.

With these magnificent numbers and recognitions we keep working with the intuition that this is only the beginning of a beautiful path in dental patient education promotion. There are still many videos and translations on the way, with the same goal of bringing dentistry to patients around the world. The more information patients have, the easier it will be to offer them the right treatment.