Oral health and its importance in sport

Whether you are a professional or amateur athlete, or even if you are a mere fan of your local team, you will be interested to know that there is a relationship between oral health and sports practice. Although other physical problems cause more attention, dental problems are frequent in elite athletes.

1) The relationship between oral health and injuries

Bacterial plaque, malocclusions, bruxism and other oral conditions are closely related to the appearance of injuries in elite athletes. For this reason, many elite sports teams are incorporating the craniofacial, oral cavity and dentition exams into their medical examinations. 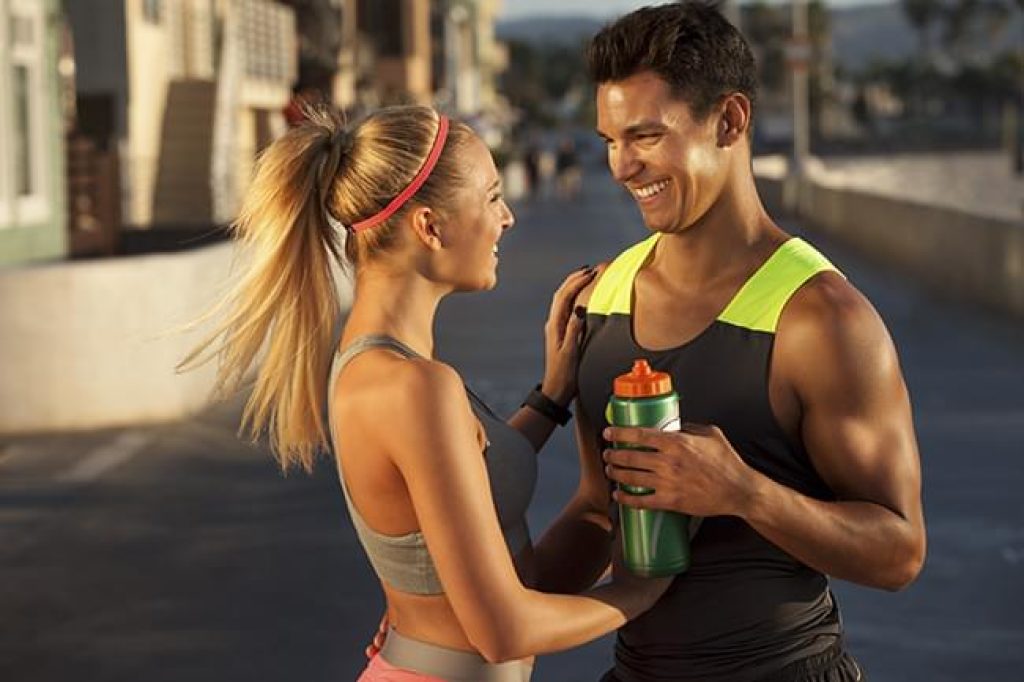 1a) Infections in the mouth can lead to injuries

A chronic infection, advanced caries or periodontal disease can cause injuries anywhere in the body. The bacteria travel through the bloodstream and can reach muscles, joints, bones and in more serious cases the heart.

An article by the Spanish Society of Periodontology and Osseointegration (SEPA) relates the bacterial plaque index and the number of muscle, ligament, tendon and bone injuries. In another study of the British Journal of Sports Medicine conducted on British professional footballers, 77% of those evaluated had gingivitis and 80% suffered periodontal disease. Footballers from all over the world are beginning to raise awareness of oral care as a tool to improve the quality of life and sport performance.

These problems not only affect football players. In 2013 Needleman et col.; analyzed 278 Olympic athletes at the London Olympics and reported that 18% of athletes admitted that their oral problems had affected or were negatively affecting their athletic performance. Similar results were obtained two years later by Ashley et col. evidencing again the negative influence of oral problems on sports results. 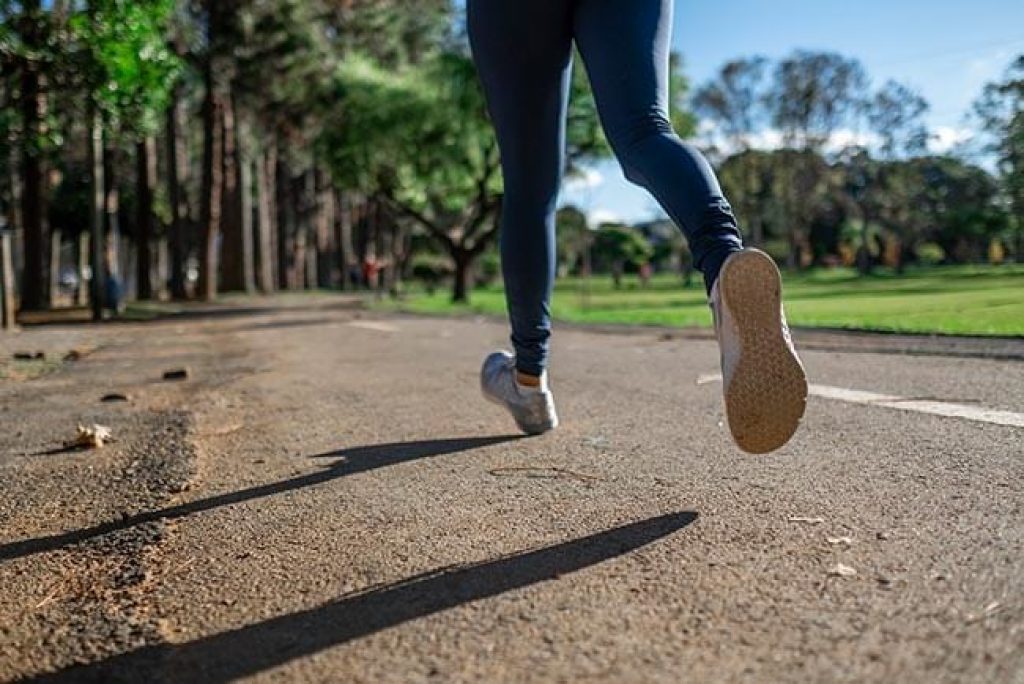 1b) Malocclusion and its relationship with injuries

There is also a close relationship between dental malocclusions and the control of body posture and muscle problems, relating it to a higher rate of injuries. The lack of teeth and / or their malposition can lead to headaches, problems in the chewing muscles and digestive problems due to the difficulty of correctly chewing food. It is therefore extremely important to carry out a correct craniofacial diagnosis of the patient to detect this type of malocclusion problems and to be able to carry out the necessary treatment to correct it. 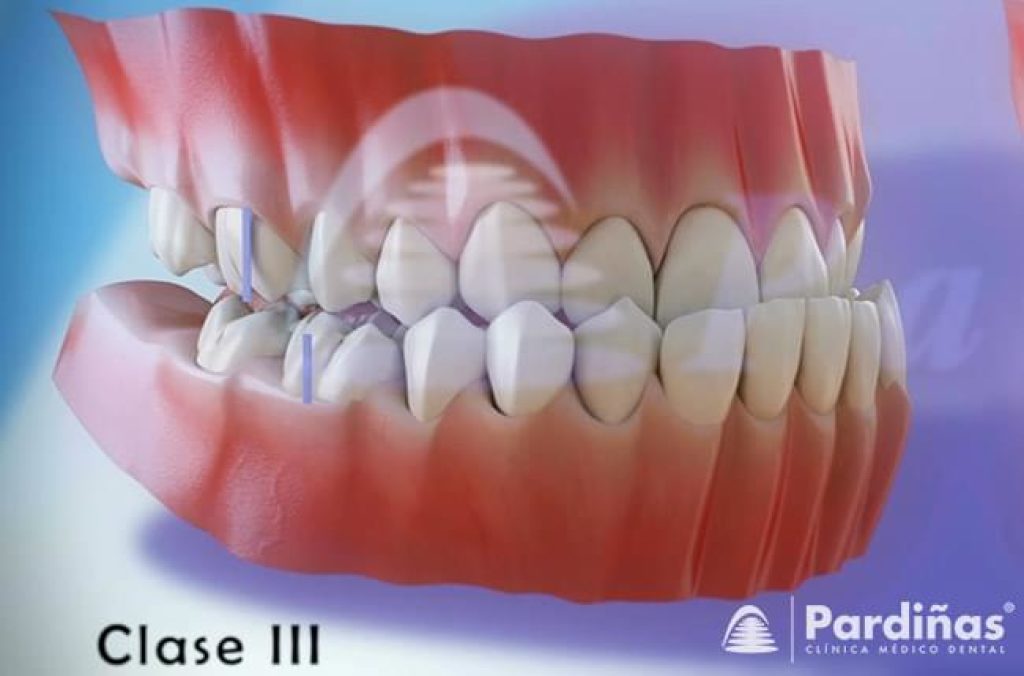 One of the first demands Pau Gasol had to face when he was transferred to Los Angeles Lakers, was to undergo orthodontic treatment to correct his dental crowding (and associated malocclusion) to avoid problems of balance and continuous discomfort in the neck and back that dragged from its passage through the Memphis Grizzlies. Another example of this was the frustrated signing of the football player Aly Cissokho to Milan, in which the doctors concluded in their examination that the player suffered a malocclusion and this could have bony and muscular consequences on the spine, increasing the risk of injuries.

Some of these claims may seem exaggerated, but all of them have scientific support. According to a research carried out by the Department of Physiology of the University of Barcelona with the University of Innsbruck (Austria), published in Neuroscience Letters and Motor Control: “There is a reciprocal influence between the trigeminal nerve and the vestibular nucleus, that is, those responsible for the functions of chewing and balance, and the masticatory and cervical muscles. When there is fatigue, the balance in conditions of maximum instability is significantly higher among individuals who have a bad dental occlusion”. 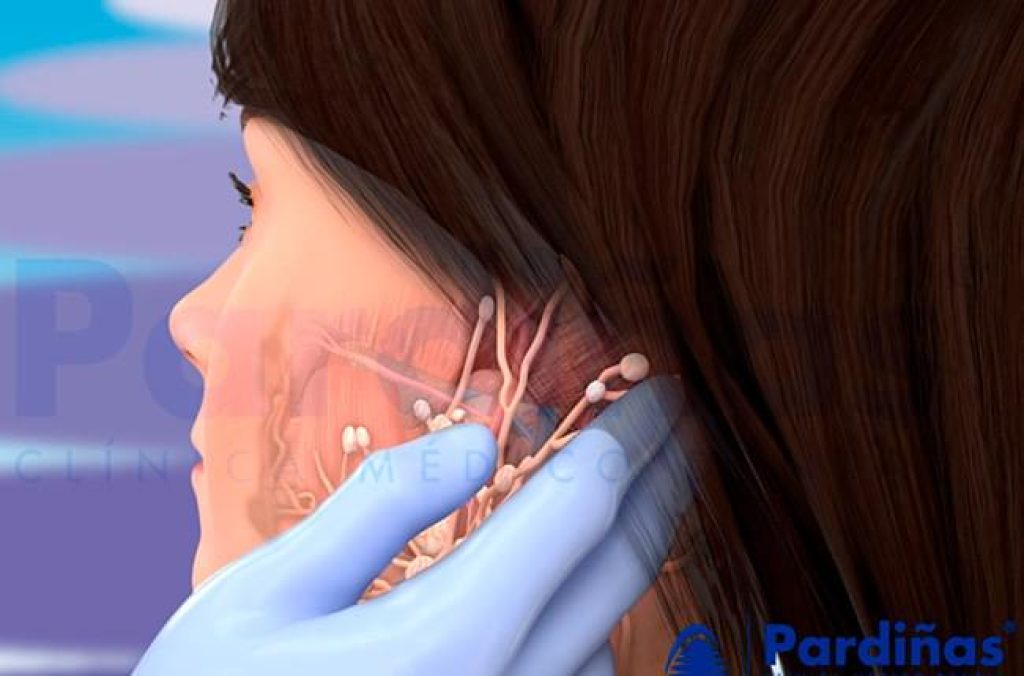 2) Other common oral problems in athletes

In addition to the aforementioned injuries, elite athletes are highly exposed to certain oral health problems:

2a) Cavities, a frequent problem in elite athletes

We know that for an athlete, nutrition is almost as important as their training. The high consumption of carbohydrates and energy drinks is related to caries, even higher when associated with poor hygiene habits. Immunological changes caused during the practice of sports, or the stress and tension inherent in competitions which can also be reflected in the form of bruxism (teeth screeching at night) also affect in this sense. 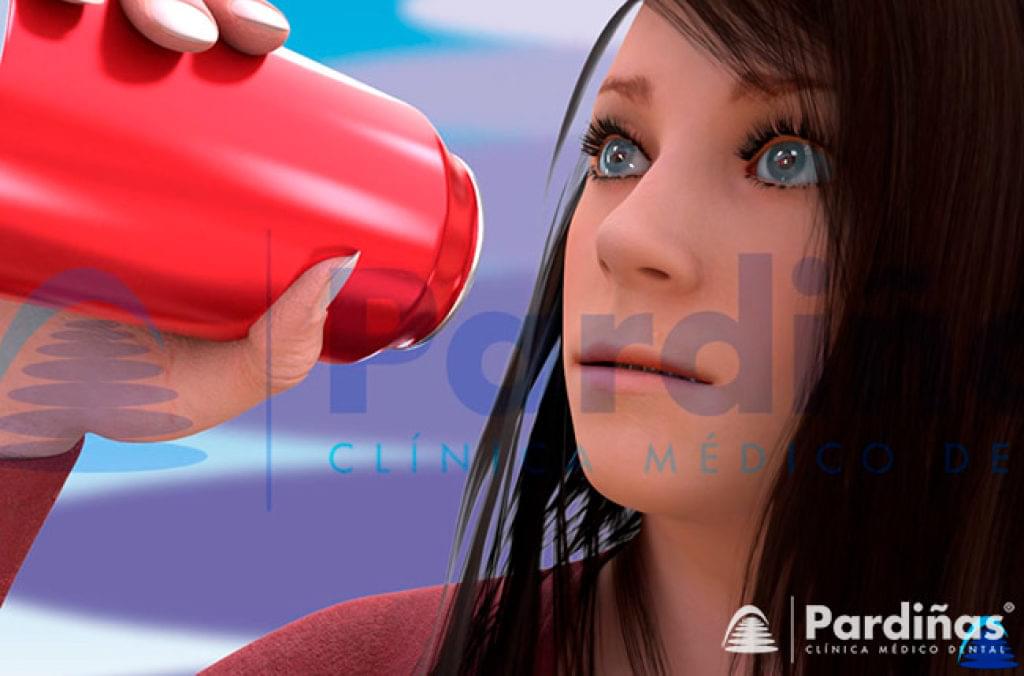 2b) Bruxism and its relationship with competitive sport

The functional overload associated with bruxism (teeth grinding) also produces muscle contractures, which can cause headaches and neck pain. Having the muscles of the jaw contracted makes difficult to have a good control over the movements of head, neck and shoulders, which will significantly limit the performance in some sports. 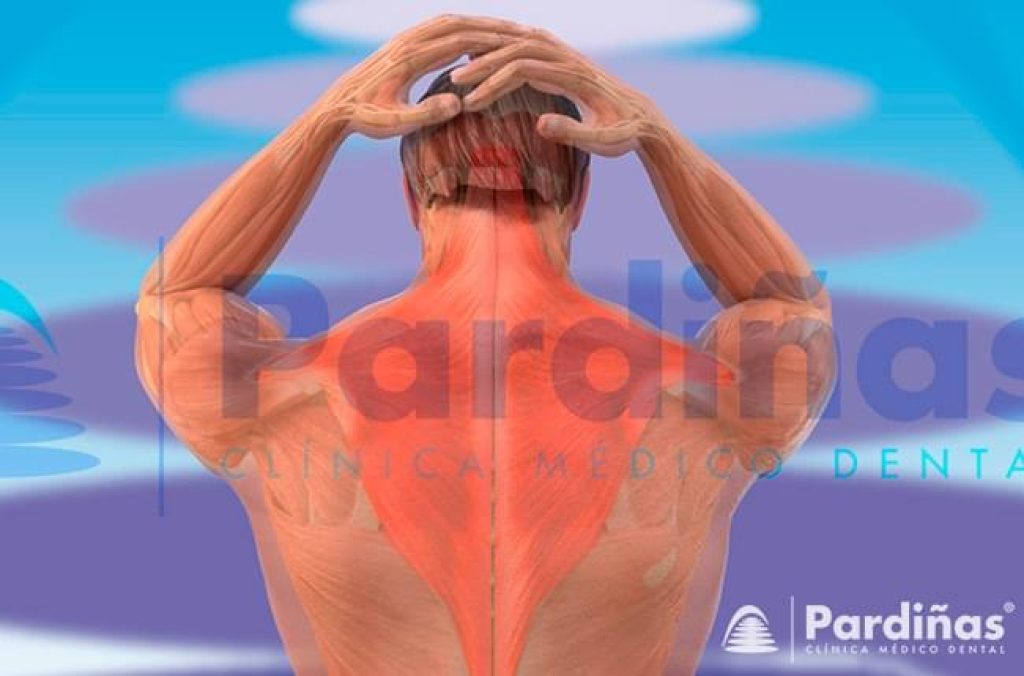 For this purpose, mouth protectors (sports splints) are made that not only protect the teeth from potential blows, but also help to avoid fractures and overloads that athletes suffer during stress situations. These mouth guards relieve the muscles related to chewing and, by extension, the musculature of the back and neck. The potential advantage is also being studied by increasing the passage of air by facilitating a more advanced positioning of the jaw. Tiger Woods or Cristiano Ronaldo are some elite athletes who have already used some type of sports splint to improve their performance.

“Currently we also have a device that detects tooth by tooth the pressure and contact exerted when biting. This allows us to adjust the bite so that the loads are distributed in a uniform manner and that each tooth exerts a similar pressure and contact. With this we get a balanced bite that will prevent possible muscular and joint problems derived from it." says Dr. López Prieto.

If dental check-ups are important for all patients, in athletes they are essential. For this reason, the athlete has to be in good shape, control their diet and cardiovascular health, but also closely monitor the condition of their mouth and teeth. 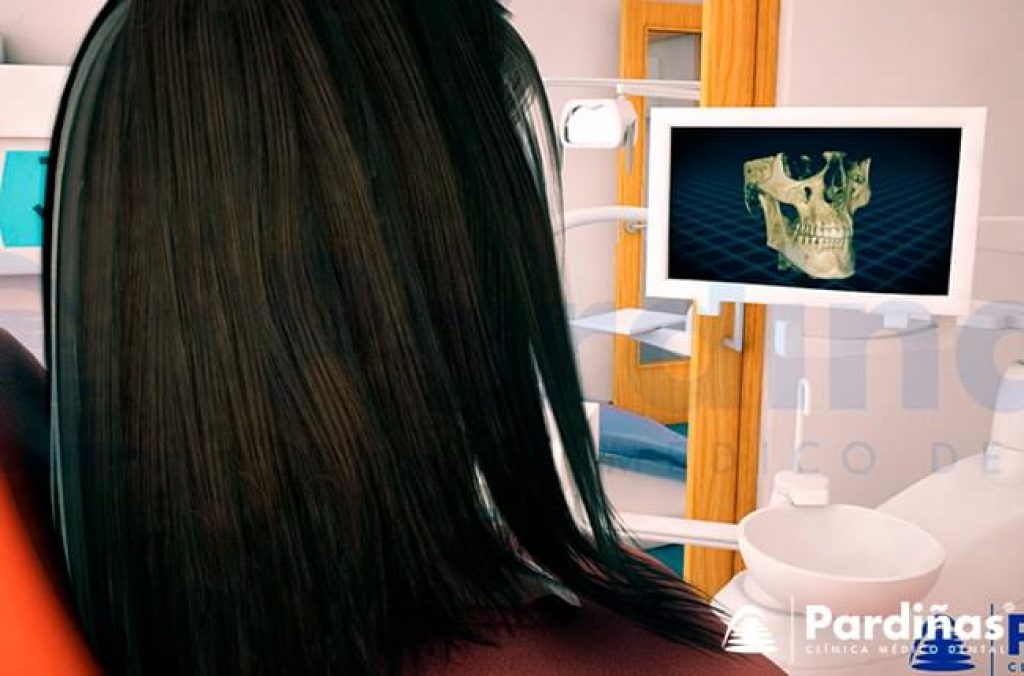 3a) The importance of craniofacial diagnosis in athletes

Diagnosis is the most important part of any treatment. With the 3D craniofacial diagnosis we achieve a complete analysis of both the mouth, teeth, soft tissues, joints and bones of the face, which will be the starting point for multidisciplinary treatments, among which orthodontics is especially important. With this we are able to obtain all the necessary data to be able to carry out an individualized diagnosis and treatment plan for each patient. Most cases of malocclusion and joint and / or muscle problems can be resolved through orthodontic treatment. 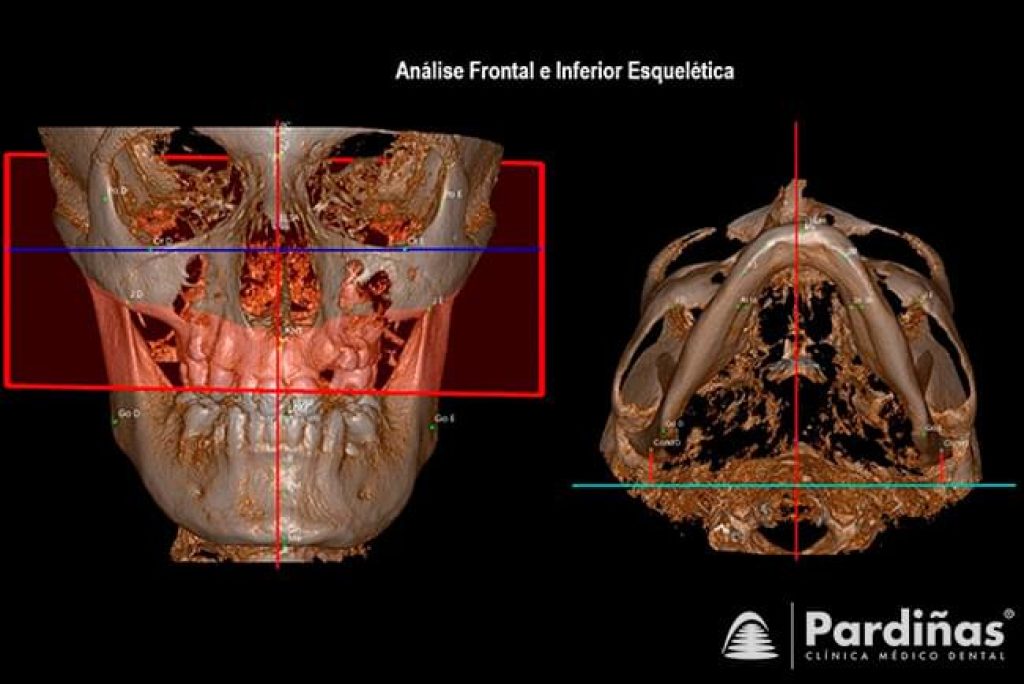 3b) We are the reference clinic of the R.C. Deportivo de la Coruña

At the Pardiñas Clinic we have been the reference clinic of the Real Club Deportivo de La Coruña for five seasons, so we are in charge of the oral check-ups of the players. The control of oral health has been incorporated into the club's demands on its players to achieve the best possible performance from them. If you practice elite sports and you live in A Coruña, we can also accompany you in your professional career.