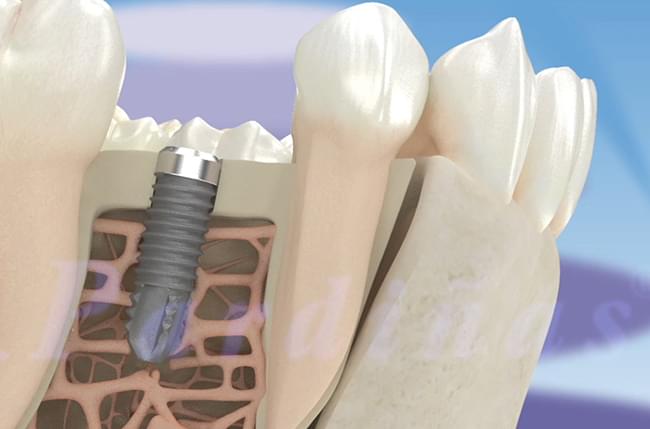 After the placement of a dental implant, a process known as osseointegration is initiated, in which a direct and effective connection is created between the bone and the implant. When the bur perforates the bone architecture, blood vessels are damaged and the defect created in the bone quickly fills with blood. A titanium implant is inserted in the prepared area in the bone. At this moment the only force that keeps the implant in place is the mechanic friction or primary stability.

During the first minutes, blood starts to irrigate the area, providing the necessary resources for the healing. Ions and proteins start to adhere to the implant’s surface. Shortly the bleeding stops, due to the action of the platelets which adhere to the damaged blood vessels. Platelets release different substances that promote cell division. The clot fills the wound creating a provisional matrix that also adheres to the dental implant. 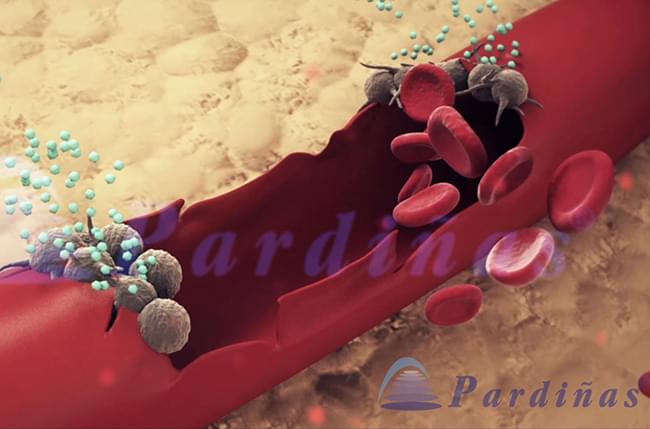 During the first hour, immune cells clean the tissue debris and bacteria present in the wound. Substances released by the platelets increase the vascular permeability, allowing leukocytes to move through the spaces created by endothelial cells. Leukocytes and macrophages move through the area destroying bacteria and releasing digestive enzymes. The wound at this time can follow its normal process of healing or develop a toxic environment with many bacteria and becoming infected, which can cause an implant failure.

Days after surgery, fibroblast migrate into the wound. Components such as collagen are synthesized, which stabilize and protect the extracellular matrix. Perivascular cells, which have characteristics of stem cells, migrate to other areas forming new blood vessels that will restore the oxygen supply, thereby promoting tissue healing.

Around the 7th day osteoclasts adhere to the residual bone, resorbing it and creating space for the formation of new bone. However, this will initially reduce the implant stability.  Perivascular cells also migrate to the implant surface where they will differentiate into new osteoblasts. These form a matrix that will mineralize by incorporating calcium phosphate. After the first week, primary bone begins to form at the implant surface. This promotes secondary implant stability, ending its remodeling within a few weeks.