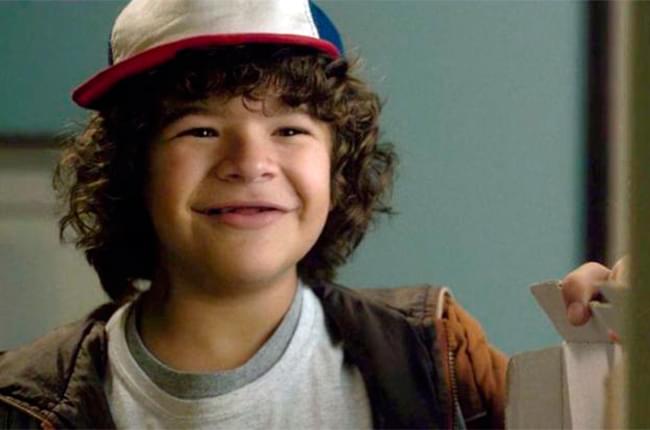 We are sure that more than one of you will have followed the chapters of Stranger Things, a popular TV series that tells the mysterious events that occur in a small town in the United States. Dustin, a teenage child, is one of the main charachters of the series, and he is undoubtedly one of the most loved characters by the audience for his charisma, sense of humor... and his way of living with a rare disease.

What disease does Dustin from Stranger Things suffer ?

Gaten Matarazzo, the actor who characterizes Dustin, suffers from a rare disease in real life that the scriptwriters have also moved to his character. The interpreter suffers from cleidocranial dysplasia or cleidocranial dystosis, a genetic disorder that affects the normal development of bones and teeth. This disorder is inherited as an autosomal dominant trait, so that with one of the parents having this abnormal gene, the descendant will also inherit it. Baby teeth take longer to fall than usual and primary teeth may develop later than normal, often growing towards the inside of the mouth. This will cause the definitive teeth to grow in abnormal positions.

Although there is no specific treatment to combat this disease,  a continuous monitoring of the patient is recommended. For all these reasons, these patients are encouraged to visit their dentist more often.

Although in most of the castings Gaten Matarazzo was rejected by this problem, the actor has confessed in numerous interviews that he has never stopped trying, and his success in Stranger Things is a good example of it. In fact, Dustin is now a reference for many children with that or other similar problems. If you want, you can, even if your smile is not like the smile of others.

We present the new corporate video of Clínica Pardiñas

The Pardiñas Medical Dental Clinic launches a new corporate video that reflects the philosophy and essence of this dental center with more than 30 years of experience.

The Pardiñas Clinic YouTube channel is already the most visited dental channel in the world on this platform. These are the numbers of this project.

In this post we talk about the coronavirus COVID-19 and the preventive measures that dental clinics or other health centers can take to prevent its spread.

In our YouTube channel, second dental channel worldwide, you will find numerous 3D videos with detailed explanations of more than 55 different treatments and subtitled in 12 different languages.

In our YouTube channel, second dental channel worldwide, you will find numerous 3D videos with detailed explanations of more than 55 different treatments and subtitled in 12 different languages.