At the Pardiñas Clinic we constantly strive to ensure the maximum comfort for our patients, as a result of which we offer free sedation with nitrous oxide for patients who request it.

Nitrous oxide was the first gas used in medicine, from 175 years ago. It is extremely safe for medicinal use as it is not inflammable and has a low solubility, analgesia and sedation coefficient, is not metabolised in the body, and has minimum side effects.

The history of nitrous oxide in medicine

Nitrous oxide was identified by Joseph Priestley (1733-1804), an English chemist living in the USA, who first described oxygen as a chemical compound.

In the early 19th century, soirees were typical where guests would inhale nitrous oxide to experiment its effects on the central nervous system, although its anaesthetic effects were not discovered until 1844.

On leaving a performance by the famous Barnum Circus in the city of Boston, an American dentist called Horace Wells (1789-1869) saw someone inhaling the famous “laughing gas” (nitrous oxide). In the middle of a laughing fit, the man fell over a chair and seriously injured his leg, without showing any type of reaction to the pain.

The next day, the sharp-eyed dentist asked a friend of his to pull out a tooth while he inhaled some of the gas, during which he felt no pain and did not suffer from any type of complications. Horace Wells then began a series of successful experiments to scientifically demonstrate his discovery. But it was another dentist from Boston, William Morton, who received all the glory two years later, carrying out the first painless surgery using nitrous oxide in front of a group of renowned doctors.

As a result of this demonstration, the main pharmaceutical laboratories began investigating the anaesthetic properties of different gases and volatile liquids.

Kalinox™ has the following pharmacological properties:

At small doses, the physiological effects of nitrous oxide consist of suppressing feelings of pain and producing laughter. Consumers may smile or have uncontrolled fits of laughter. At medium doses, with deeper inhalations, there is an initial stage of excitation similar to having had an alcoholic beverage, followed by sedation and torpor.

Outside of medical uses, users seek both effects: the first produces audacity and the second affects the thoughts, associated with the loss of a critical ability. 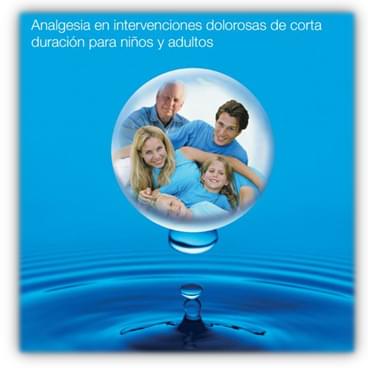 3D Video about gingivectomy, the treatment for correcting gummy smile, the excess of gum

Periodontitis and its influence on health - 3D Video

Tooth sensitivity - What is it and how to treat it?